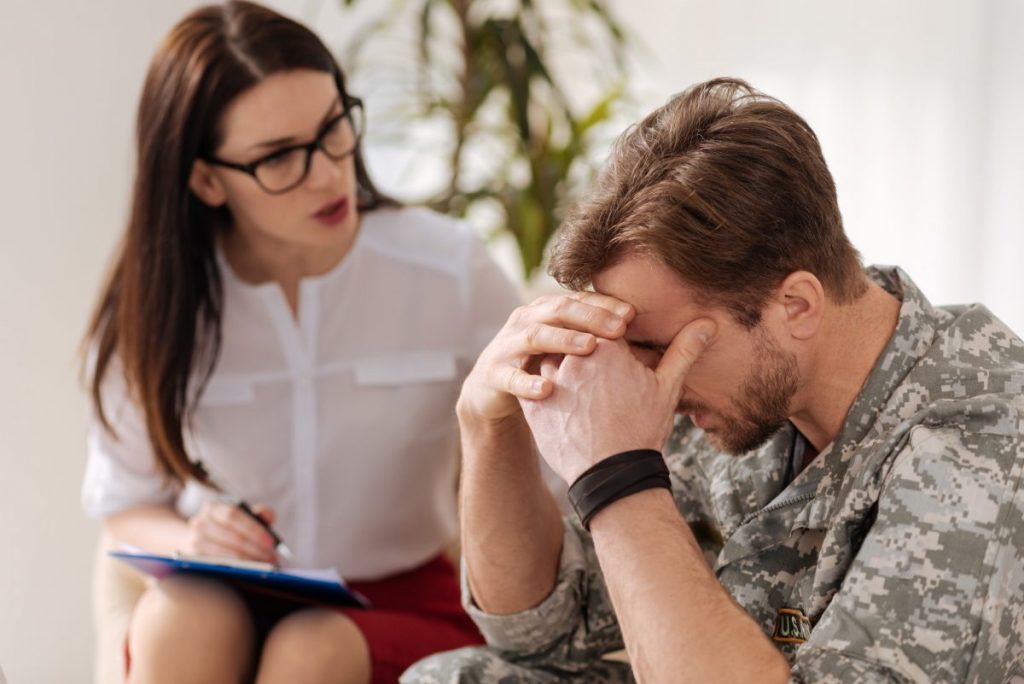 Many of those who defended our country in the first Iraq War (Desert Storm) have an inconsistent array of chronic symptoms that have no known cause but are nonetheless utterly debilitating. The Department of Veteranâ€™s Affairs recognizes that these symptoms are likely related to their service in the Gulf War. Hence the term, â€śGulf War Syndrome.â€ť

Because symptoms can vary from one individual to the rest, the VA calls it an â€śundiagnosed illnessâ€ť or a â€śchronic multisymptom illness.â€ťÂ Doctors remain uncertain as to what causes Gulf War Syndrome, but they have narrowed down some possibilities. Doctors now believe that Pyridostigmine bromide pills, Acetylcholinesterase inhibitors used in pesticides, and chemical nerve agents may be responsible for the condition. Gulf War veterans who show the symptoms of Gulf War Syndrome are entitled to benefits. A Naperville Gulf War Syndrome benefits attorney can help them file their claim.

Are You Eligible for Benefits?

The VA will pay out on claims related to Gulf War Syndrome if you can prove that you served in the affected areas. These include:

You must also be able to prove that you have a chronic multi-symptom illness that is not otherwise medically explainable. Symptoms or conditions that qualify you for benefits include:

If any of the above symptoms persist for more than six months, the VA doctors consider them chronic for the purpose of benefits. The key ingredient to a successful claim is that your symptoms are undiagnosed or otherwise unconnected to a diagnosed condition that would explain them. Those who already have a diagnosis for their symptoms will need to provide added evidence that their condition is related to their service in the Gulf War. While not a barrier to receiving benefits, it does make the process more complicated and it will take more time to prove your claim.Â

How an Attorney Can Help

If you are a Gulf War veteran who is suffering from chronic unexplained symptoms, you are entitled to file a claim with the VA to receive benefits related to your service and guaranteed to all those who served our country. The process of filing a claim and then getting the evidence you need to prove the claim to the VA can often be frustrating and complicated.

The Naperville Gulf War Syndrome benefits attorneys at the Comerford Law Office can help anticipate the type of evidence needed to prove your case. Call today for more details.Â

what our clients have to say

I contacted Jim after my first denial for SS Disability. He was referred to me by a good friend who had retained him for her Disability odyssey as well. My Disability case was somewhat difficult because I didn’t have a nice, large cache of medical documentation to back up my claim. Despite this and other complications Jim helped me get through my hearing and I received a fully favorable decision from the Judge and now I am just waiting to start receiving my benefits,

James is an absolutely great lawyer. He fully understands his area of expertise, he’s quick to answer any questions with clear, concise directions on how to proceed. His insight into understanding how to navigate with many case laws and government agencies helped me as his client better understand the case law and it’s ways. James is quick to answer emails and phone calls, and made me feel very comfortable. I highly, highly recommended James for his case law specialties. A professional and true gentleman, even when I would ramble on with worry, James was very understanding and able to put my concerns at ease.

Jim is absolutely one of the nicest, most compassionate, and intelligent lawyers out there. He is fast to answer any question with clear, concise direction. His insight into understanding how to navigate with many government agencies helps his clients in many ways. Jim is quick to answer emails and calls, and makes his clients feel very comfortable. Highly, highlyrecommended.

Jim is a good lawyer that helped us through a difficult purchase of our home(he also was the lawyer for the sale of our previous home).

We had quite a few issues with the details of the purchase with both the bank and the seller that James made sure were resolved as quickly as possible. When the selling lawyer would not respond to phone calls/emails Jim physically went to the lawyer’s office and made sure that the final details were pushed through.

I would recommend Jim as an attorney as he is very knowledgeable and thorough on the work that he does.

For a FREE CONSULTATION with a Social Security Disability / Employee Benefits / Veteran’s Benefits attorney, fill out this form and we will contact you shortly.

How did we do?

Note: Your review may be shared publicly.